For those that don't know yesterday was World Farmed Animal Day(October 2nd) it was also Fast Against Slaughter. Activists around the world and non vegans took to the challenge to live for 24 hours like how many animals around the globe live prior to slaughter. Average animals can go any where from 24 + hours without food or water....In Canada many people do not know this but standard that animals go 52 hours WITHOUT food or water. Animals can travel for 2 or 3 days even prior to reaching their final destination where they will be slaughtered. I took part in the fasting. I went without drinking anything from midnight till 11 am in the morning, in Toronto it was super cold, so after 11am I grabbed myself a tea and only had that, nothing was added not even sweetener. I can tell you one thing, the lack of food and water one day only did take a toll on my body and I can only imagine how these animals have to go through. Also arriving at union station at 7 some in the morning I felt for a bit like so many animals do.. Walking in a pack little room to make your way to another spot, etc. I also spent most of my day standing. I was beyond exhausted when I got home but I still had my live which some of the individuals in here did not. When I arrived at Toronto I made my way to the slaughterhouses, after taking the subway and the street car when I arrived at the air I made my way to the slaughterhouse, bear witness to several trucks several of them were in bad shape as you can see in the album but unfortunately the really bad truck of cows I could not get any of the cows pictures.. However the truck is in one of the pictures the outside of it.. Each cow was heavily matted, completely covered in feces, the truck was covered all over in feces, and even saw a really badly injured cow... If the truck would of stopped for even a second I might of managed to get a shot of the condition of them but unfortunately I did not. After being there for several hours around 10:30 those of us who were there took to join fellow activists on the streets doing awareness. It was a cold, super windy day but we spend most of the day on St Clair helping to raise awareness with the plight of these animals. Its so sad that several of these lives were just here, and now there bodies are being sent to become shoes, belts, and stores for people to eat their bodies. It was a good day, doing outreach and being there for so many lives who vast majority of people never even take the second thought to consider. 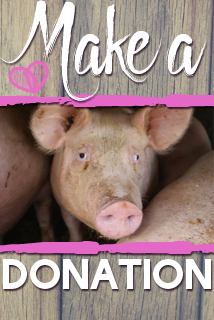